The Office of Civic & Community Engagement (OCCE) has announced the winners of its 2022 Service Awards.

The OCCE Service Awards recognize students, faculty, staff, and members of the community who have successfully and effectively worked to create meaningful social change around a particular issue, either on campus or in the Winston-Salem community. 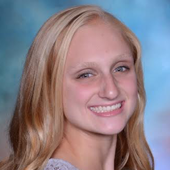 Established in honor of Chaplain Ed Christman, who retired in 2003 after 49 years of service to Wake Forest, each year the Christman Award acknowledges a senior that has gone above and beyond through both their volunteering and service to the community. This year’s award recipient was Julia McElhinny, who has a longstanding commitment to service throughout her time as a Demon Deacon.

Since she arrived to the Reynolda campus, she has been dedicated to serving her community. Passionate about sustainability, McElhinny envisioned and scaled the Environmental Educators program, which provides environmentalism and sustainability education to roughly 1,500 local middle school students each year. Beyond her work with students, she has organized, recruited, trained, and empowered dozens of her peers to work with Winston-Salem/Forsyth County students in an effective, enthusiastic, and culturally-sensitive manner. During the COVID-19 Pandemic, as schools went to virtual learning, McElhinny transitioned the program to a virtual format, navigating countless logistical challenges, all while she galvanized her peers to continue to serve as volunteers from afar.

In addition to her work with Environmental Educators, McElhinny has been a driving force behind the success of the Compost Crew, a frequent and consistent volunteer in the Campus Garden, a member of the student leadership with The Campus Kitchen where she served as the Policy and Advocacy Chair and has served as both a student adviser with the Office of Academic Advising and as a virtual tutor with the OCCE. 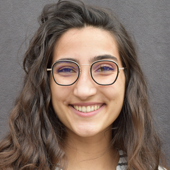 The Change-Maker Award, which honors a student that has demonstrated a long-term commitment to a social issue and has worked to lead their peers in the same commitment was awarded to senior Sakina Barthe-Sukhera.

Barthe-Sukhera has worked tirelessly to build community and educate her peers about environmental justice. As an Office of Sustainability Campus Garden intern, she led the charge to develop a pollinator garden at the Campus Garden and certified the space as an official Monarch Waystation. She has revitalized the Tohi Garden and reconnected with leaders of the Eastern Band of Cherokee to coordinate plant identification efforts with the Forsyth Cooperative Extension and Anthropology Departments, and galvanized volunteers to remove invasive plants, reestablish native plants, and install educational seating areas. Through these revitalization efforts, the new Tohi Garden outdoor classroom space has hosted nine different classes, and several educational and volunteer events resulting in 170 students exploring the garden throughout the Fall 2021 semester. Most recently, she recruited and trained a team of 12 student volunteers in collaboration with the OCCE’s Network of Educational Resources and Development (NERD) program to serve as liaisons to four local elementary school garden leaders, where they develop weekly work plans for teams of volunteers to provide basic garden maintenance services. 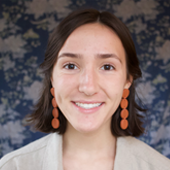 Recognizing a graduate student who demonstrates exemplary service to the community and Wake Forest, Hannah Fox is the recipient of this year’s Graduate Student Excellence Award, for her work with the Campus Kitchen.

A graduate assistant in the Campus Kitchen for the past three years, Fox has managed everything from grocery store food pick-ups to partner relationships with the farmers at the Cobblestone Market. Her sustained engagement has expanded the capacity of Campus Kitchen and allowed it to effectively operate throughout the COVID-19 pandemic. From staying late to help out with Turkeypalooza, to building sustained relationships with the student leaders and doing the difficult tasks to keep the kitchen clean, she has become an essential part of the Campus Kitchen team. 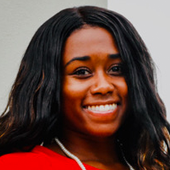 Recognizing a student who demonstrates exemplary service to the community and Wake Forest, Savannah Littlejohn is the recipient of this year’s Junior Service Excellence Award for her involvement as a virtual tutor.

A tutor since the program launched in 2020, Littlejohn has been crucial in helping to propel the Virtual Tutoring program forward. She has worked continuously with the same two students in math – and is continuously praised by both her tutees and their parents for her dedication and involvement with the program. Her nominator explained, “After a year of meeting and working with Savannah, I am immensely pleased with her continued commitment to her community – particularly, the children of Winston Salem. Her calm, but intentional presence has made a difference in all the programs she is a part of.” 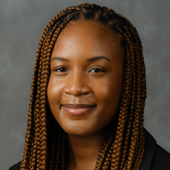 Recognizing a student who demonstrates exemplary service to the community and Wake Forest, Charmaine Murray is the recipient of this year’s Sophomore Service Excellence Award for her service with Campus Kitchen.

As a devoted Campus Kitchen volunteer, Murray is the only sophomore to lead two shifts in the Campus Kitchen. As a shift leader, she leads by example, showing up in the early parts of the spring semester during ice and snow, to ensure that meals were made and shifts ran smoothly for all volunteers. 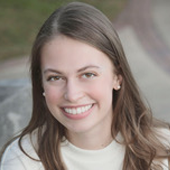 Recognizing a student who demonstrates exemplary service to the community and Wake Forest, Ashleigh Hampson is the recipient of the 2022 First-Year Service Excellence Award.

In her first year as a Demon Deacon, Hampson served as a virtual tutor in both the fall and spring semesters; supported the annual warm blanket drive at the Lighting of the Quad; and served on the Traditions Council. Throughout her time as a virtual tutor, she worked with the same family, who explained that “Ashleigh is a phenomenal tutor with a great personality. She is always excited to tutor my child, and is the perfect match for them and their needs.”

The Wake Forest Environmental Educators organization visits local Winston-Salem/Forsyth County middle schools on a weekly basis throughout the spring semester to give presentations about environmental issues and sustainability to students. In partnership with the Piedmont Environmental Alliance, Environmental Educators help implement the “Energy Explorers” curriculum in the classroom, by volunteering their time throughout the semester. They cover topics including fossil fuels on the environment, climate change, and renewable energy. Through their work, these students are fulfilling a need in local schools – teaching students about environmental education – all while fulfilling the ‘Pro Humanitate’ motto. 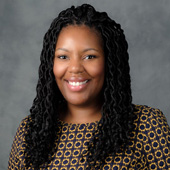 Created in honor of Mike Ford, this award not only acknowledges the many ways that he inspired leadership both on campus and in the community but recognizes a staff member who carries on the same legacy of servant leadership. Shannon Ashford, Senior Associate Director of the Intercultural Center, was the recipient of this year’s Michael G. Ford Servant Leadership Award.

Since arriving at Wake Forest, Ashford has gone above and beyond her role to mentor both undergraduate and graduate students, facilitate student leadership development, hold space for staff, and work tirelessly to make our community a more inclusive space for all. She displays patience, care, and compassion for every student that she interacts with and is deeply committed to modeling the way with authenticity and vulnerability. A number of the students she has mentored have gone on to create meaningful programs and initiatives for the campus community, including Black History Month programming, Student Union collaboration expansion, #UniqueDeac Day and Cultivating Me-We-US. 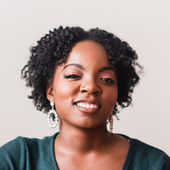 Dedicated to her position at Campus Kitchen, Palmer works tirelessly to support student volunteers and make sure the Kitchen runs smoothly and effectively. This year the OCCE launched a new volunteer management software, GivePulse, and she was an influential member in transitioning all Campus Kitchen shifts, leaders, and volunteers seamlessly onto the platform. Whether it be cooking food for Turkeypalooza, spending hours supporting and engaging in programming efforts, or maintaining the Campus Kitchen operations during the Weaver Plant Fire, Palmer is continuously working to make Campus Kitchen the best it can be. 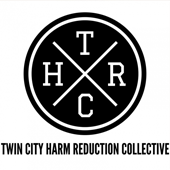 The Community Partner Service Award recognizes an organization with a deep commitment to public health and accessible, life-saving care. This award serves to remind us all that, without our deep and sustained relationships and partnerships with community stakeholders, this work would not be possible. This year’s recipient is Twin City Harm Reduction.

Their services include naloxone (Narcan) training, safe syringe exchanges, HIV and STI testing, and referrals to rehabilitation treatment. They provide classes on harm reduction, as they aim to minimize the damage done by drugs and drug policies by connecting with people who use drugs and treating them with respect and compassion. Twin City Harm Reductions serves thousands of community members in the Winston Salem area – and has formed cherished connections with students, faculty, and staff at Wake Forest University, with especially strong connections to those at Wake Forest School of Medicine. Next year, this organization will serve as a community health site for the Public Health Corps program, a federal program run in collaboration with AmeriCorps and the Centers for Disease Control.

See a full list of past OCCE Service Award Winners